As an industry dies around them, two men are refusing to be brushed aside by the passage of time.

On a typical day, Geoff Wortes and Rob Richards make more than 50 brooms by hand at their factory on the edge of the Snowy Mountains.

The brooms are made using millet; the grass fibres appear stiff and uncooperative, however experienced hands mould them with ease.

More than a dozen people worked at the Tumut Broom Factory during the 1970s — now only two remain.

“We’re planning to be here for a few more years, but I guess time will tell.”

At its peak, the demand for millet at the factory offered income to more than 120 local families.

The region grew 75 per cent of Australia’s millet and supplied 14 broom factories across the country.

A staple in the home

Sixty years ago it would have been difficult to find a home in Australia without a millet broom, he said.

“It was a huge industry.”

Millet boomed in the 1940s when the Tumut community started growing the crop commercially.

“There was probably about 1,000 tonnes of broom millet grown in this district, from Blowering Dam through to Gundagai on either side of the Tumut River,” Mr Wortes said.

“It was more or less a cash crop they grew to complement their dairy farms which were all over the valley.”

Mr Wortes took over the broom factory in its prime in the 1970s, and was joined by Mr Richards almost 20 years later.

By that point, Mr Richards could comfortably make more than 120 brooms a day.

“When I first worked here after I left school, there would be three or four of us on the back wall making brooms,” he said.

“Because you got paid piece work, you would race each other all day long and we’d make anything from eight dozen to 12 dozen a day.”

“A few firms have tried to take shortcuts,” Mr Wortes added, “but there’s no shortcuts in making a quality broom.”

But nowadays the household millet broom has been driven out by cheaper imports and vacuum cleaners, forcing the factory to become a dramatically different operation.

“The majority of our brooms are now used in agriculture stock businesses and rural industry,” Mr Wortes said.

Millet was a crop that took experience to grow, Mr Wortes said, suggesting that was why it was no longer locally available.

“[The growers] have all retired — simply age, I guess.”

But forgoing millet for cheaper alternatives was never an option for Tumut’s broom makers, so they looked overseas for a solution.

“If we didn’t import from Mexico, we wouldn’t be making brooms,” Mr Wortes said.

“It’s probably twice the price of local millet, but when it comes in it’s been pre-graded and ready to make the brooms,” Mr Wortes said.

“The gamble is that it doesn’t fall off the side of a shipping container in a rough sea.”

And at $500 a bale you can understand why — Tumut’s broom factory churns through up to five tonnes of imported millet every year.

“We just have to pass those costs on, and hopefully people will appreciate that we make the best premium-quality brooms in Australia.”

As the last remaining broom makers in the factory, the business partners have perfected their production model.

“Swapping over costs time, so we have a good working relationship where we can sort of just know intrinsically what to do.

“As a smaller firm, just Rob and I, we can concentrate on quality, as in we don’t have to perform to the bigger players.”

But Mr Richards said it was hard to compete when the majority of Australia’s brooms were imported.

“Most people that come [to the factory] are pretty amazed that they’re still made by hand,” he said.

“There’s a lot of people still out there that still appreciate it and hope it never closes.

“But after a few more years, who knows what the future will be.” 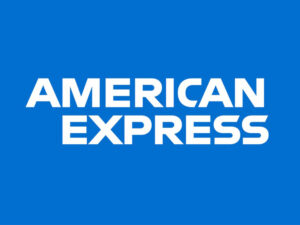 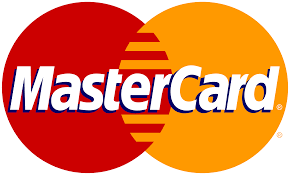